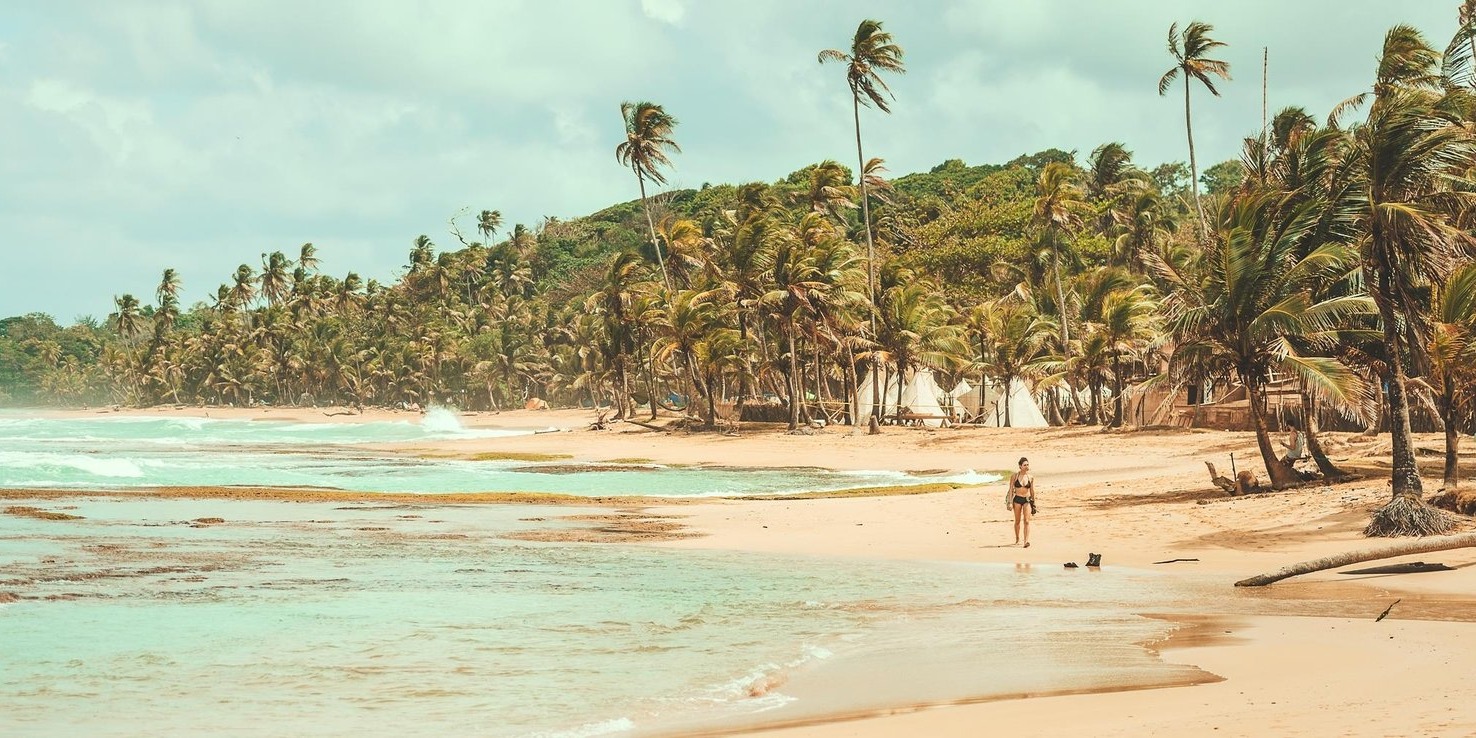 The Last Guests on Earth: Tales of Those Trapped on Vacation

By Samantha Stallard, Director of Marketing and Business Development

So many of us have had to cancel our travel plans because of COVID-19. Though health and safety are our primary goals, it's normal to mourn the cancellation of the vacations, weddings, and family reunions we were looking forward to. Even with money lost on deposits, flights, and accommodations, those of us who stopped our progress before taking flight are the lucky ones.

In March, the virus spread so quickly and chaotically that many people faced tremendous difficulties getting home from their travels due to airport closures, the suspension of all incoming and outgoing flights, and nationwide lockdowns. On March 19th, the State Department recommended that U.S. citizens avoid any international travel and the European Union instituted a ban on nonessential travel to at least 26 European countries from the rest of the world.

Thousands of people across the world were traveling as quarantines took hold and, almost two months later, many of them are still struggling to access flights and appropriate governmental permissions to get home, now making them the last "guests" on earth. Not to mention the inordinate cost of last minute travel during an international lockdown, with some Americans paying well into five-figures for one-way flights home. Here are three places across the globe where travelers are stuck — and how they're working to get home safely.

Throughout March and April there was a global scramble to bring cruise passengers home. Finally, three weeks ago, the last ship at sea operated by a major cruise line docked in the Italian port of Genoa to disembark its passengers.
Prior to arriving in Genoa, Costa Deliziosa, which departed Venice on a world voyage on January 5th, was one of the last ships at sea still carrying a significant number of passengers. Many others struggled to find safe harbor when local authorities turned them away from Australia to the Mediterranean, fearing their passengers would spread the virus to locals. Other vessels were subjected to controversial quarantines, both for passengers and crew.

The Coast Guard said Friday that there were still 70,000 crew members in 102 ships either anchored near or at U.S. ports or underway in U.S. waters. The total number of crew members stranded worldwide was unknown, but thousands are trapped on ships outside the U.S., where 16 cruise ships are waiting to test about 5,000 crew members before they will be allowed to disembark.

These cruise employees are no longer receiving pay or are only being paid out through June while quarantining in crew "shell cabins" with no fresh air or natural light.

The CDC's official line is that crew members can only be permitted to disembark for repatriation or transfer between ships, provided they'll be transported by specially chartered aircraft or personal accommodations (which most crew members cannot afford). While most ships have not had any cases of coronavirus, a select few experienced rapid spread and death onboard.

Being quarantined in the Maldives, a nation of 1,192 islands in the Indian Ocean, sounds like a dream for those of us land-locked at home. The nation's Minister of Tourism, Ali Waheed, told CNN in April that about 500 tourists were still stranded — with around 100 of those people stuck in the airport. The government is helping people who cannot afford to continue staying in resorts. "We believe they are like locals, they are the people who have brought this country to where it is now," Waheed told CNN.

The Maldives reported their first two coronavirus cases on March 8th, and the country declared a public health emergency on March 12. Since then, the nation of roughly 515,000 has had roughly 500 confirmed cases.

Last month, The New York Times told the story of a South African couple on their now seemingly never-ending honeymoon. The couple, Olivia and Raul De Freitas, arrived in the Maldives on Sunday, March 22nd, and planned to stay for six days. Though there were travel warnings in place, restrictions weren't as tight as they are now.

At the time of the New York Times story on April 5th, the De Freitas were unable to leave their honeymoon back to their native South Africa. At that point, they were then the only ones left in their resort. Although they were allowed to stay at a heavily discounted rate (the price per night normally starts at $750) the financial toll was massive, requiring the couple to dip-in to their savings for a deposit on their first home.

After 21 days in the Maldives, Olivia and Raul safely made it home on a private plane that was paid for by the 40+ South African and Mauritian tourists that were stranded in the Maldives. The charter cost $104,000, which was divided among the passengers.

More than a month after the festival ended, dozens of party-goers remained on the beach-side site of Panama’s Tribal Gathering Festival. The electronic music festival is operated out of the UK, with organizers describing it as a “literal paradise” located in the picturesque town of Colón. Besides music, the fest also featured talks and events run and facilitated by members of various indigenous communities from across the globe.

While celebrations were set to complete on March 15th, attendees had been under quarantine from March 12th, when Panama's national government shut dow to prevent the spread of COVID-19. According to The Guardian, organizers begged officials for the festival to continue after the 12th, but even after, attendees were unable to leave the locked-down country. As people attempted to leave, the site was locked down by military and police, who withheld some people’s passports. Many UK citizens either remained at the site or in Panama City, unable to get home.

“The British embassy sent a bus, but they just took people to the airport,” a British circus performer who elected to stay on camp told The Guardian. “There were no flights and they just left them there. They didn’t sort them out flights or anything.”

The festival took out a $160,000 loan as well as created a GoFundMe to support its growing food bill and assist the 40+ people trapped onsite. Panama’s lockdown was extended last week until at least May 22nd.

While we're all feeling anxious to get back out into the world (and take advantage of cheap airline fares with generous cancellation policies), we're grateful, both as event professionals and self-proclaimed wanderlusts, not to be trapped on either-end of these "last guests on earth" stories.

Quarantine is the Mother of Invention