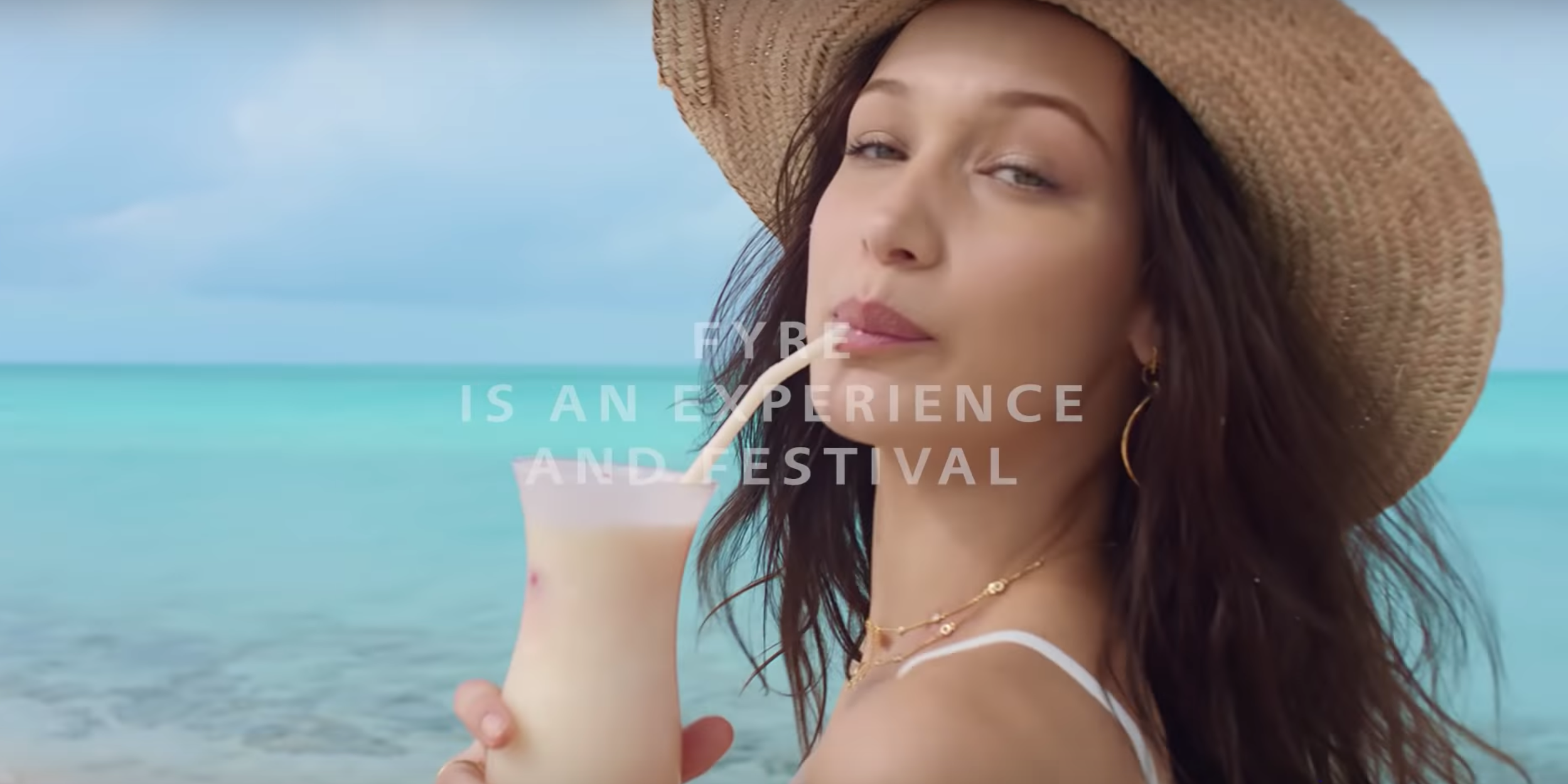 So, I watched both Fyre Festival documentaries on Hulu and Netflix, and while both were very good, I’d have to say that the Netflix version drew me in more, even though I watched it after the Hulu one. I had planned to watch them and then write a thoughtful blog post about how Billy McFarland and the organizers of Fyre failed to prioritize the guest experience and how, in the connected world we live in, bad experiences equal bad reviews that can spread like wildfire, and subsequently destroy you and/or your brand.

That’s all true, and that is basically what happened. But saying Fyre failed because Billy McFarland didn’t think through the logistics of producing a great experience is like saying Trump is a bad president just because he says dumb shit on Twitter. It’s not that simple. I came to the realization that this story is about a much more serious problem that has nothing to do with the event or the inexperience of its producers.

The overall story of Fyre is one of complete and utter narcissism, sociopathic behavior, and a world where social media has totally distorted reality. Sadly, that distorted reality has in fact become our true reality. On Instagram, you can purport your fabulous life, when you're actually a debt-ridden, depressed mess. On LinkedIn, you can throw enough buzz words and lies into your career summary to sound like you’re the next Steve Jobs, when you’re on the geek squad at Best Buy.

And when someone offers you the chance to look like you’re an “influencer,” goddammit you take it! Even if it means emptying your savings account. Oh wait, you don’t have a savings account (and you have $100k in student debt). Who cares! F*ck responsibility! Just put it on a credit card! Problem solved. Welcome to America. Wow, I’m on a roll…

As a legitimate entrepreneur and experienced event producer, I obviously found the actions of Billy McFarland, and pretty much everyone in his inner circle, to be deeply disturbing and 100 percent misleading. But more importantly, as a (mostly) rational and proudly humble human being, I found the whole Fyre Festival “cast” to be a very accurate representation of our current culture. And when I say “cast,” I am including the influencers and idiots who threw common sense to the wind so they could feed their egos and Instagram feeds, appearing to be better/wealthier/cooler/more influential than everyone else.

It is infuriating to see how much recognition goes to people that are simply masters of fabrication and deception. The sad truth is I probably could have been a lot more successful had I tooted my own horn a little more, perhaps screwed some good people over to get my way, and distorted the facts a little (or a LOT) to make more money.

It’s certainly easy to see how Billy McFarland, Ja Rule, and everyone associated with Fyre Festival contributed to its demise. But let’s be honest. This is also our fault. We’ve all allowed this kind of behavior to flourish. In fact, a good majority of us support it. We have idolized the absurdly wealthy Kardashian family, who became famous as a result of their father representing (and exonerating) OJ Simpson in the famous murder trial back in 1994. Kendall Jenner received $250,000 for a single post on Instagram promoting Fyre Festival (and having no idea what it even was).

We willingly and obsessively follow the “influencers,” who carefully orchestrate their fabulous lives to make us believe our “regular” lives are a bore. It was these influencers who started a firestorm (no pun intended) of FOMO when they were featured in the promotional video about a festival that didn’t even have a location booked when the video was released on social media. We hide behind our smartphones and laptops cowardly posting and texting things we’d likely never have the balls to say in person. Ultimately, we’ve created a toxic feedback loop of disingenuous validation. It was only a matter of time before this dichotomy played out in spectacular fashion. Enter Fyre Festival.

I would be lying if I said that the failure of Fyre Festival didn’t make me laugh, or that I didn’t poke fun at these ridiculous people who thought they could pull off an event like this with a few months of planning (while “partying like rock stars and fu*king like porn stars”). I also may have found it wildly entertaining when the event producer in the Netflix documentary told the story of how he was willing and prepared to “take one for the team” to save the festival. But as I sit here and write this, I feel pretty disgusted. While it is Fyre Festival that gets roasted in these documentaries, I believe it is only a small piece of a much, much larger issue that will continue to get worse until we all take some responsibility and stop fanning the flames that led to this disaster.

Making Your Guests Unhappy Is Easier Than You Think