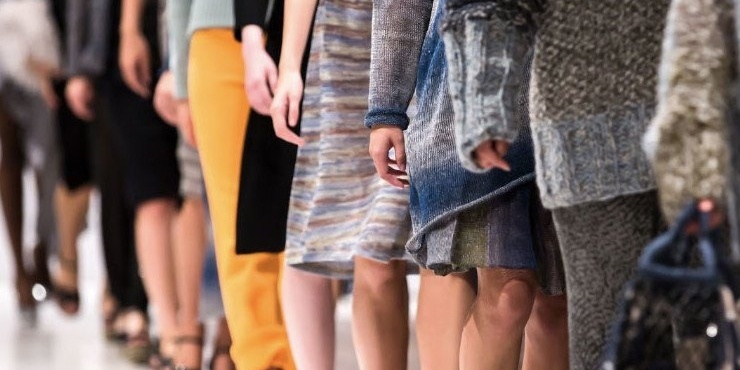 From Kendall Jenner’s noticeable absence on the catwalk to Nicki Minaj and Cardi B’s fight that blew up social media, New York Fashion Week (NYFW) 2018 has received an abundance of press since it kicked off September 6. The week began with 90+ degree temperatures, then devolved into a steady, chilly drizzle. Once inside and out of the elements, influencers, celebrities, and fashion’s elite were greeted by bright florals, warm pastels, and bold patterns as designers showcased their spring 2019 and ready-to-wear collections in venues throughout the city.

Today, event professionals behind some of the biggest fashion houses have turned what was once a simple formula (30 minutes of seating, 10 minutes of show) upside down. Today, NYFW isn’t just a temporary event, it’s a cultural conversation.

This shift is due in part to see-now-buy-now offerings. The opportunity to turn a presentation into an interactive retail opportunity has forced designers to think outside the box and create experiences that spark curiosity and on-the-ground engagement.

We’ve detailed a list of four guest experience takeaways from NYFW 2018. Some are do’s while others are don’t’s:

How to Effectively Connect with Gen Z: Tips from the Teen Vogue Summit